HBO’s show „Succession“ has been an all-round hit with critics and the general audience alike. The recently released third season delves deeper into the pitfalls of its characters‘ actions by bringing its themes to new, exhilarating heights. What is it that motivates the billionaire-clan in their self-destructive battles? Why does a show about characters seemingly so removed from our everyday experience move so many? In what follows, we will attempt to explore some central themes permeating the shows Shakespearean writing: the desire for recognition, and how this desire is shaped by the ideologies manifest in our living present. A Commentary by Leon Isenmann.

Much ink has been spilled benevolent of show-runner Jesse Armstrong’s „Succession“. Few television programmes in recent years have achieved a comparably widespread critical acclaim this show has been able to gain. There are many reasons to adore the show – next to the criminally catchy soundtrack by Nicholas Britell underscoring a nuanced, rich cinematography, it’s especially the sharp writing and acting that have played a vital role in gaining Succession the favour of its audience.

The show features a cast of conceptually rich and deeply human characters with its plot revolving around the Roys, a fictionalized version of the Murdoch family (a US billionaire clan centered around famous media mogul Rupert Murdoch, founder of FOX News). Over the course of its so far released three seasons, we come to witness the brutal power struggle between Logan Roy (played by Brian Cox), waning patriarch of the company ‘Waystar RoyCo’ and the media empire he created with it, and his kids, who grew up in the titanic shadow of their all-powerful billionaire-father.

As viewers, we often find ourselves in an ambiguous position towards the Roy-family-members:

Both at once an island to themselves and yet forever closely interwoven with the relentless power politics around the ever-looming question of who will succeed Logan Roy as CEO, we emphasize with the characters because we can imagine vividly how twisted any of us would become living a life of constant manipulation and rival struggle. But at the same time, we deplore each of them.

The interesting question to pose here is: Why do we feel the aversions we do? At first glance, we can surely answer that we despise them because of their deplorable actions. At best morally ambiguous, at worst nerve-rackingly evil in their behaviour, Succession’s characters constantly remind us of the many ways someone can be led astray by the corrupting promises of power and wealth. It is their detached obliviousness towards the lifeworld of the ordinary people, especially the ones ordained to serve them, that comes across to us as highly unsympathetic.

A brutal quest for recognition

But looking closely, there seems to be something else going on here. There are many moments in the show where we see our protagonists lost in the lavish spaces posing as a stage to act out their drama on. A deep melancholy, a creeping anxiety, lurks in the back of our minds watching this family pit their own against each other. We ask ourselves, seeing them burn all possible bridges that could lead out of their struggle time and time again, why it is that they throw themselves into the pit each time as they do, why a person who seemingly has everything in their possession would knowingly self-destruct by fighting for a heritage none of them, as is implied throughout the show, is equipped to handle.

When we look closely it seems reasonable to connect Succession’s dramatic themes with a term contemporarily most associated with philosopher Axel Honneth: Recognition (Anerkennung). It’s the manic quest for recognition, our common desire to experience a mutual sense of being seen and valued in the eyes of our evaluative authorities, that makes the Roys deplorable to us. Because in their brilliantly dramatized anxiety, we recognize a facet of ourselves, a drive each of us exhibits but none of us readily wants to admit. We want to be seen as worthy in the eyes of those we deem worthy to judge us. The French psychoanalyst Jaques Lacan famously traced all of our manifest desires back to this most fundamental desire for recognition. Desire, to Lacan, is the desire to be recognized by the Other (sic.), and we strive to satiate this desire by acquiring that which we think the Other desires.

This Lacanian desire for recognition often takes shape and is thus displayed in Succession as a paternal, especially a patriarchal fixation. The figure of the patriarch withholds and grants his recognition with such a force that makes his judgment central to the cementation of his position of power. In Succession, The Other, the judge we face to grant us recognition, is embodied through the figure of Logan Roy.

What makes the dynamic between Logan and his children interesting to us, in addition to the shows exhilarating dramatic and comedic elements, is how clearly we can see this process unfold and be perpetuated. By making Logan at once the paternal and the corporate patriarch guarding the key to his castle –  and therefore the Other in this double sense usually kept apart– we as viewers can anticipate how all their respective drives must remain unfulfilled, no matter how much wealth they accumulate, no matter how much love they gain, as long as it comes from the wrong sources, as long as they do not feel recognized.

What structures our desire?

With this idea in mind, another question emerges: How do we form our assumptions about what it is the Other desires in the first place? Here, materialist philosopher and intellectual enfant terrible Slavoj Žižek presents some interesting ideas worth elaborating on.

For Žižek, the perception about what we must achieve to acquire recognition is often ideological in nature. Žižek builds upon this controversial Marxist term by flipping its 20th-century meaning on its head: that ideology is a set of ideas instilling a false consciousness about what the true making of the world looks like.

In stark contrast to thinkers who claim that we as members of the post-cold-war-societies are living in a post-ideological age, Žižek argues that it is precisely this notion of an ideology-free world that naturalizes, and thus renders invisible, the very much alive ideologies of our time. Put into other terms, we could say that to claim we live in a post-ideological society is to deprive us of our epistemic tools to recognise the ideological elements affecting us and is thus, itself, an ideological claim.

Interesting – but what does it have to do with desire? The answer lies in the way our desires are shaped through ideologies permeating our collective consciousness. Here we enter the realm of a capitalist critique of society: individualistic consumerism, arguably one of our currently dominant ideologies, functions by instilling the notion that we can acquire recognition through the Other by accumulating the material and immaterial goods relevant to the value chains constituting the economical underpinnings of our respective milieus.

It is this ideological transfiguration of the desires for the things we deem necessary in order to gain recognition from the Other that becomes apparent in the perils that Succession’s protagonists find themselves in. None of them can gain any satisfaction from the luxurious lifestyle many work hard for their entire lives only to gain a small piece of it. The Roys are trapped in an unbreakable gridlock: for the one side, their almighty father constitutes the big Other and thus they do everything they can to gain his recognition. But for Logan, his children are this great Other.

Logan Roy is consumed by the thought that his offspring desire what is his, his wealth and his position of power. He can never grant them the recognition they crave, because in doing that he would be losing precisely what he thinks the Other is desiring, and what he thus has to keep in order to be recognized by them. In the moments where Logan taunts his kids by promising each of them the heritage of his empire (only to then again and again withdraw it one way or the other), we can see how this dynamic manifests. In those scenes, we can hear his sons and daughter ask time and time again: „Is this real?“, and we as viewers know that it is not and that it will never be, because only in keeping them just hopeful enough that it could be, this time, does Logan exert his dominance.

How can we escape?

This paradoxical interplay of characters who, to us, seem to have everything and yet grant each other and themselves none of the things they crave, reveals the emptiness of an ideology promising fulfillment through affluence alone. We cannot be satisfied by the realization of our drives as long as our desire for recognition from the figures functioning as fixpoints of our value systems is not fulfilled. And so, we can see why the Roys appear to us as lost, trapped in their empty palaces, ever so unsatisfied no matter what, it seems, they do. We come to realize that even if it was in their power to dethrone their father they would not be off any better, for what they crave is his to give alone.

Be it a parent, a superior – or in the case of the Roys, be it both – when we are in a dynamic in which we cannot ever be recognized because it’s the withholding of recognition that makes the other powerful, there are only two options: to forcefully negate our particular Other as the warden of our recognition by uncovering the absurd dynamic at play or to break this dynamic by creating a way out for the other, by making them understand that their desire must not necessarily hinge on the position they assumed. It is up to the writers of Succession’s upcoming fourth season to explore which way the Roys will choose. 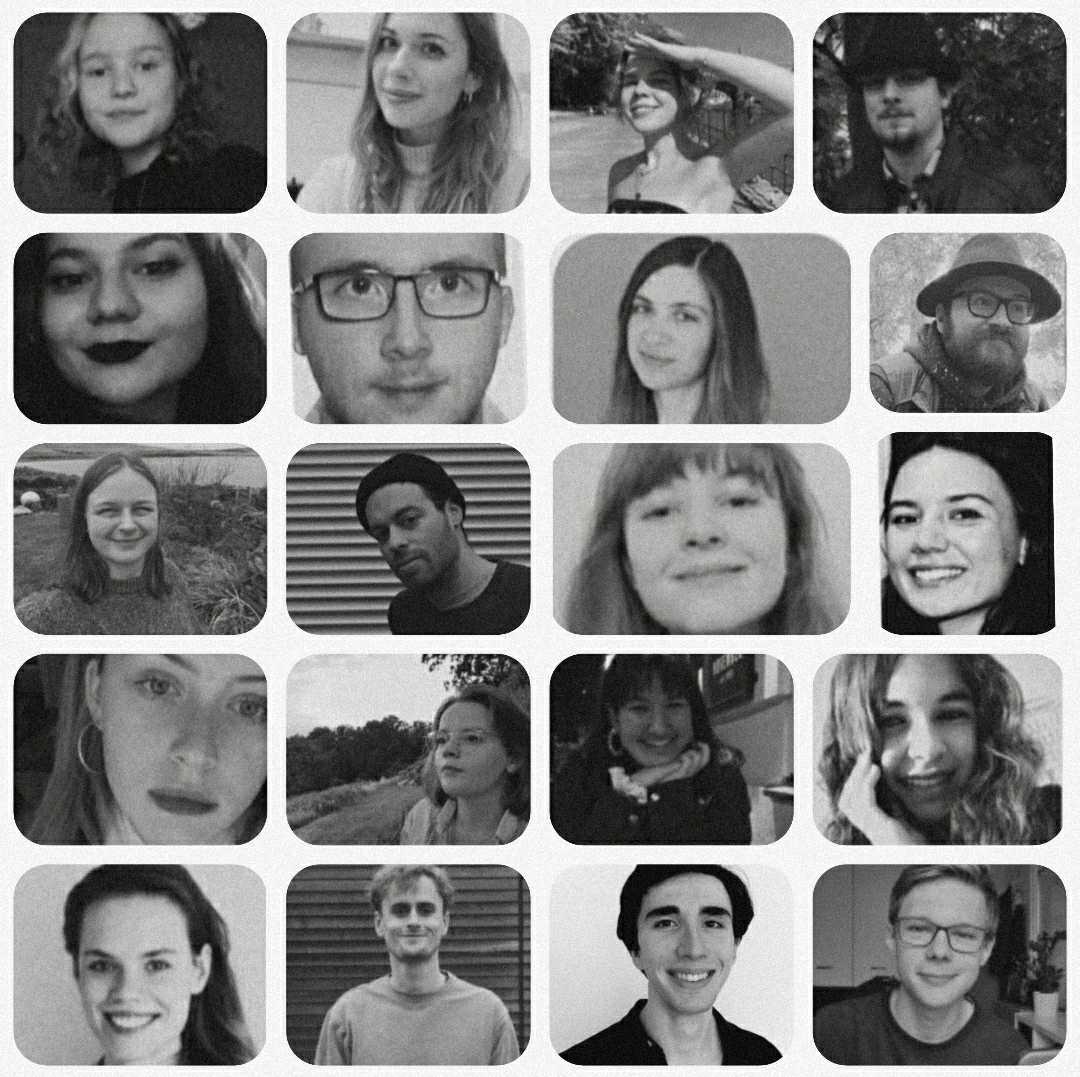