This is an article about those boring, white, plastic chairs – and yet, you clicked on it. But hey, I’ll hit you with the facts, before you change your mind: We can trace the history of sitting on things; Merkel’s backrest is taller than others; your grandma’s white garden chair is a global phenomenon (same with her cookie boxes) and it has been banned in several cities. But why? Well, if you’re already here, here are some answers.
By Nathan Hümpfner.

We are not made to sit. This sounds strange but sitting is, compared to all of human history, by no means an old phenomenon, but it is definitely a ‚discovery‘ – humans have not always been sitting on things. We have built things to sit on for a couple thousand years at best; yet we have become sitting societies. Wikipedia curiously defines sitting as a „basic action and resting position in which the body weight is supported primarily by the bony ischial tuberosities with the buttocks in contact with the ground or a horizontal surface such as a chair seat, instead of by the lower limbs as in standing, squatting or kneeling.“ I couldn’t have said it any more beautifully.

The Politics of Sitting

As glamorous as this definition is, the article defies any expectation by not talking about the politics of sitting. Nothing about how some cultures prefer sitting on the ground to chairs and how it influences a whole way of living. But sitting, or better yet, chairs say so much about the person sitting in them. Nobody will be surprised when they’re told that sitting can be used to demonstrate power especially – a whole generation of people have been disappointed by the last few seasons of a series in which the main goal was claiming an iron throne. A fancy, large and tall chair (i.e. a throne) will undoubtedly demonstrate power over others. No wonder Angela Merkel’s office chair is relatively minimal, yet her chair’s backrest is ever so slightly taller than others. Compare this to Emmanuel Macron’s, well, pompous throne. These objects are not chosen by haphazardly.

Sitting, and especially sitting comfortably, is a privilege. But there’s more: sitting, more often than not, happens in pre-fixed places. Think of your classroom, offices, even cafés and public spaces: You can’t just sit wherever you want. You give up a bit of freedom to gain a bit of privilege. Chairs can be an extension of yourself, your space, ideology and even the situation you’re in, but they can also force others to behave in a certain way – if you were ever uncomfortably closed off from the world because you sat in a wing chair or incredibly comfortable in a potentially stressful situation (say, at the psychiatrist), you’ll know what I mean. But hey, don’t take my word for it, even Hollywood knows.

And yet, there is one chair that stands above the others; a silent piece of furniture, operating in the background yet universally present. Chances are, you have sat in one. The mostly white, thin and wobbly garden chair your grandma keeps stacked in some corner in case of sudden visitors: the monobloc chair. Uncanny in its simplicity, the monobloc chair is produced from a single piece of plastic (hence the name mono-bloc) and probably the most sold piece of furniture ever. As much as a billion chairs are scattered in all corners of the world – yet its origins are strangely obscure; nobody really knows who invented it, when they did it or where exactly it comes from (different sources name different people, dates and places). As if that is not enough, there is no real agreed upon shape – no two people will have the same chair in mind.

All of these attributes point to a strange quality of the monobloc: it is an object without qualities, an anonymous thing – in short, a context-free object. Unlike other things around you, it is hard to ascribe a particular time or culture to it. Sure, it was first produced in the mid 20th century, it is made of plastic and was probably produced in an industrial culture. In a time of brands, patents, copyrights, styles, trends and evermore dedicated usage, the information given on the monobloc is challengingly little. So much so that most of us don’t even know its name. It’s just „that white plastic chair“ – yet you’ll know what is talked about. Designs follow certain trends and change over time, different cultures have their own take on shared designs as they reflect values and ideologies. IKEA offers a great example: the global company had to adjust design, materials and size of their products according to cultural and geological differences (North American products are, somewhat unsurprisingly larger than their European and especially Asian counterparts).

Not to the monobloc. It has remained unfazed by any cultural marker. And yet it is already part of our global history: hurricane Katrina’s devastating floods, Saddam Hussein’s hideout, political rallies in Cuba same as in Iran, Abu Ghraib prison – no matter the decade or culture: the monobloc chair was visible in pictures of all of them. It is a strangely rigid product in a world dominated by planned obsolesence; a culture of producing soon-to-be trash to be replaced by a newer version of soon-to-be trash. It seems like the the monobloc is beyond material evolution. It stays alive solely through its cheap price and utter abundance.

This makes the chair a democratizing tool: it is globally available and pretty much affordable for anyone. Aside from the massive ecological footprint this naturally implies, global phenomena, in their totality too large to really fathom („hyper-objects“), often serve not as a destructive force for a local cultural individuality, but as a backdrop of the fascinating and ever-lasting differences between cultures. In less wordy terms: It is not the object, but the relationship to the object that differs from culture to culture. The monobloc is a sort of cultural big-mac-index. Its usage, acceptance and frequency says a lot about any given culture. So aesthetically unpleasing to Western cultures that they are banned from public places in Bern and Bratislava, the „poor man’s armchair“ is much more revered in other cultures as the plastic extension of people’s living rooms – highlighting how fluid public and private spaces are in West Asia compared to Western countries. And while Macron’s and Merkel’s chairs signalize power and modesty (respectively) to their citizens, the otherwise incredibly vain Muammar Gaddafi, whilst on a trip to Uganda, can be seen being somewhat lost in a chair made for the ordinary man: the monobloc.

P.S.: Here’s a shameless plug of the other parts of this series on plastic straws and shopping carts. 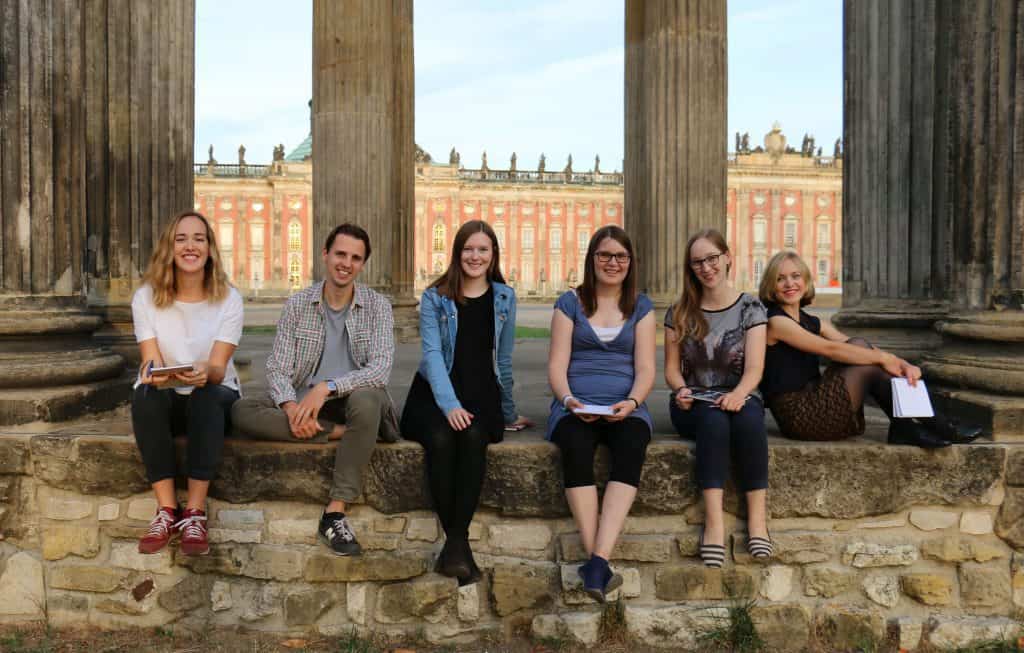